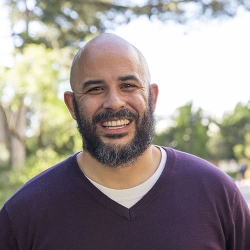 Entry into mitosis sees a dramatic change in cellular organization ultimately leading up to division.  Most prominent among these changes are the condensation and alignment of the chromosomes and the reorganization of the cytoskeleton, including the microtubule-based mitotic spindle.  Less understood are the rearrangements of the intracellular organelles, the Golgi apparatus (GA) and the Endoplasmic Reticulum (ER).  It is essential for cellular life that these organelles be distributed in the newly divided daughter cells.  In additon, it is unclear if mitotic reorganization of these organelles play any role in key events during mitosis.

A current project in my laboratory is investigating the mechanism and regulation of mitotic ER reorganization during cell division.  It is unclear what factors are involved in reorganization of the ER and if these dramatic changes are cell cycle regulated?  We will examine mitotic ER reorganization in the rapid divisions of early embryo of the fruitfly, Drosophila melanogaster.  Investigations in the early Drosophila embryo offers several advantages including dividing in syncytium for the first 13 divisions, which include a rapid synchronous mitosis occurring on the average every ~15 minutes.  We will employ both genetic analysis and live fluorescence confocal microscopy, to examine the requirements of intracellular membrane reorganization during mitosis.

Cancer comprises many diseases that are essentially an overproliferation of cells, forming solid tumors detrimental to the host.  Anti-mitotic therapies target rapidly proliferating cell growth by disrupting specific events during mitosis and initiating cell death pathways.  Most successful of the anti-mitotic agents are the vinca alkoids and taxanes which are effective against a wide variety of cancers but display a high level of neurotoxicity.  There has been an effort to develop other mitotic targets as potential anti-mitotic agents, including the microtubule motor Eg5, and the mitotic kinase Aurora B.  Currently, small molecule inhibitors of these targets are in clinical studies and have shown lesser degree of toxicity but their efficacy against solid tumor growth appears no better than the vinca alkoids and taxanes. One explanation is the discovery that some anti-mitotic agents can allow the cell to exit mitosis prematurely into G1 tetraploid state, where a percentage of these cells continue to divide producing highly aneuploid progeny. This mitotic slippage into the next G1 cycle, has been shown to be due to the gradual degradation of the regulatory protein Cyclin B which is the active component of the mitotic kinase Cdk. My laboratory is interested in the identification of factors using double stranded RNA (RNAi) inhibition that will effectively reduce slippage, and increase the rate of apoptosis in Drosophila S2 cells.  These factors will also be examined in transformed human breast epithelial MCF10A cells.