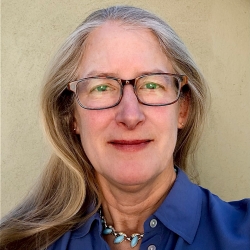 The LeBuhn lab focuses on the effects of human induced change on wildlands in California and beyond.  We have used pollinators and plants as models for understanding the key drivers of biodiversity in urban parks, vineyard landscapes, montane meadows and other wildlands.  We have had specific interests in developing cost-efficent monitoring, the role of climate change as well and the effects of urbanization on wildlife.

A second theme in the lab is the development of citizen science.  Gretchen is the director of Great Sunflower Project, the largest citizen science project focused on pollinators in the world.  It is specifically designed to evaluate the effects of landscape change on pollinator service in North America and to provide tools for participants to take conservation actions.

We work in areas as diverse as the northern Sierra Nevada mountains, San Francisco urban parks, Andes of Ecuador and vineyard areas of California.

Gretchen has a long term project studying the effects of variation in flower phenology on plant reproductive success and the evolution of flowering time. We use Linanthus dichotmous, a plant that flowers during the day north of San Francisco and at night south of San Francisco, as a model system. She just loves botany!