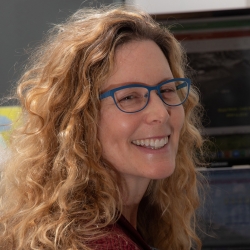 My research is focused on the ecology and restoration of coastal habitats, primarily salt marshes and seagrass beds. I am particularly interested in how species interact to structure their environments and influence fundamental ecosystem processes such as nutrient cycling. I have a strong interest in species assemblages and processes occurring at habitat borders and the manner and extent to which adjacent habitats are linked through biotic activity and interactions. Such basic ecological research has important implications for the restoration of damaged habitats. My more applied work includes comparisons of structure and functioning (e.g., trophic interactions, nutrient dynamics) of natural and restored habitats. I also work to develop restoration techniques and nutrient pollution indicators for estuarine and coastal waters. I work mainly with vascular plants, macroalgae and invertebrates as well as the water and sediments on and in which they live. My work is mostly experimental, conducted in field, greenhouse and outdoor mesocosm settings. While much of my research experience and interest is in the coastal marshes and the shallow subtidal zone in California, I also work periodically in the tropics to detect patterns in nutrient supply and herbivory in coral reef and adjacent habitats, and recently have conducted experimental work on the relationship between biodiversity and functioning of marine ecosystems in North Carolina.

Ryan**, A. B. and K. E. Boyer. In press. Nitrogen further promotes a dominant salt marsh plant in an increasingly saline environment. Journal of Plant Ecology.

Boyer, K. E. and A. P. Burdick**. 2010.  Control of Lepidium latifolium (perennial pepperweed) and recovery of native plants in tidal marshes of the San Francisco Estuary. Wetlands Ecology and Management 18:731-743.