The 2019 film “The Last Black Man in San Francisco” opens with a young Black girl happily skipping up to a man in a hazmat suit picking up garbage in the Bayview neighborhood. The image is more than just striking, says biomedical scientist Chinomnso Okorie (B.S., ’17; M.A., ’19), who was born in San Francisco and raised in Bayview. For her, it’s deeply meaningful.

Okorie is first author of a new paper in the International Journal of Environmental Research and Public Health that investigates the relationship between environmental exposure to lead and preterm birth. Just like the movie scene, her paper highlights the very real social and health disparities experienced by Black communities in San Francisco.

“I think that movie really encompasses the purpose of this paper,” Okorie explained, noting that the film was released as she was graduating from San Francisco State University.

These trends didn’t sit right with Okorie, an SF BUILD scholar in Professor of Biology Leticia Márquez-Magaña’s lab at the time. But Okorie knew that to effectively study these problems, she’d have to account for — and challenge — health disparities and inequities.

“Because of the past, what we’ve done as scientists [to people of color] cannot be undone. It’s written in history. We made a mistake and we have to gain people’s trust again,” Okorie said.

Keeping that troubling history in mind, Okorie was thoughtful and collaborative with her study design, emphasizing open communication with community members and noninvasive approaches for sample collection. This led her to some surprising partners: hair salons and barbershops. These are safe spaces for many communities, she explained. Hair was a good conduit because it’s a less invasive source and stores metals like lead. However, hair is deeply personal and meaningful for many people, so transparency was important.

“We were trying to create a safe space where we talked about what was going on in our community,” she said. “The dialogue, the back and forth before we even got to collecting the samples, [is critical]. Because ultimately, we were doing the science for them.”

The findings were not necessarily surprising to Okorie or to others in the community.

“I heard a lot of stories, a lot of people that knew somebody who experienced preterm birth, or who was a premie, and you start to see them pile up,” she explained.

These findings highlight the need for more translational research with community engagement to begin to tackle health disparities. Developing and using less- or noninvasive approaches for sample collection is important because it could help improve community participation. Though Okorie focused on lead exposure, there are other stressors that can compromise health, such as lack of food and water and housing insecurity.

Okorie is now several years out of school, working as a data scientist at the University of San Francisco, but the work she started at San Francisco State is still not done. She has larger goals of understanding how lead affects the placenta during pregnancy and examining genetic-level changes. Outside of the lab, Okorie is involved in several community projects. One of her favorites is the pregnancy popup in Bayview that provides women with services related to pregnancy and family. Another is serving the Bayview community through Umoja Health, providing free COVID-19 testing and vaccinations.

Her research, her career trajectory, her Bayview community, even the chance timing of “The Last Black Man in San Francisco” — they are all connected, Okorie says. After graduating, she has also reflected a lot about how to take care of herself as a Black woman.

“It’s funny because I’m here stressing about how other people in my community are stressed and at risk for chronic diseases and again, it’s just another added stressor,” she says. “We need to unlearn this learned behavior.” 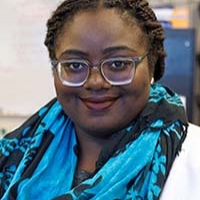 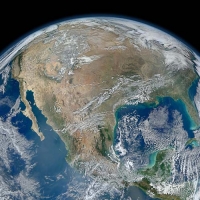 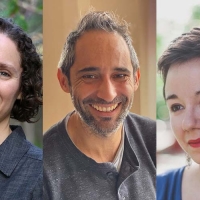 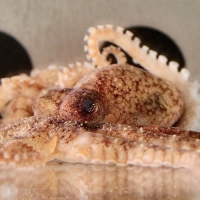